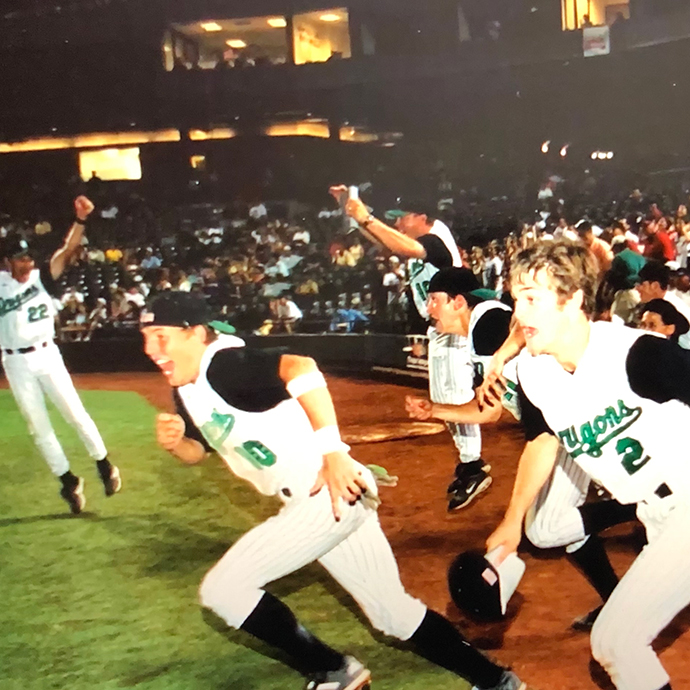 The 2002 Dragon Baseball Team won Carroll’s first state championship since 1982 and gave baseball lifer, Head Coach Larry Hughes, his first state title. Earlier it was said that this team started the modern era of Dragon Baseball, considering that prior to two00two there had been one state title in the history of the sport. There have now been three since the dawn of this millennium. This was truly the team that began a powerhouse. A debt is owed to all who contributed for what this team did for Dragon Baseball.

The Team Roster consisted of: