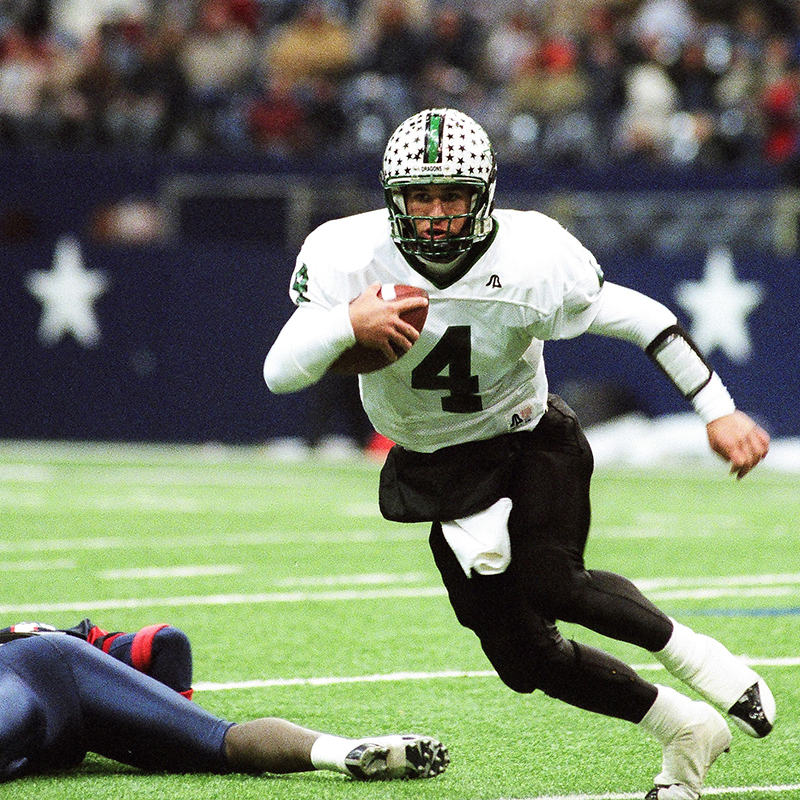 Daniel was another standout who helped the program return to dynasty status in Class 5A. As starting quarterback, Daniel led the Dragons to back-to-back state championship games and title in 2004. He was a two-time Class 5A state offensive player the year. He finished his high school career 31-1 as a starting quarterback and earned two rings, the other as a starting sophomore receiver in 2002. Daniel went on to become a Heisman Trophy finalist in 2007 at the University of Missouri and continues to play in the NFL.