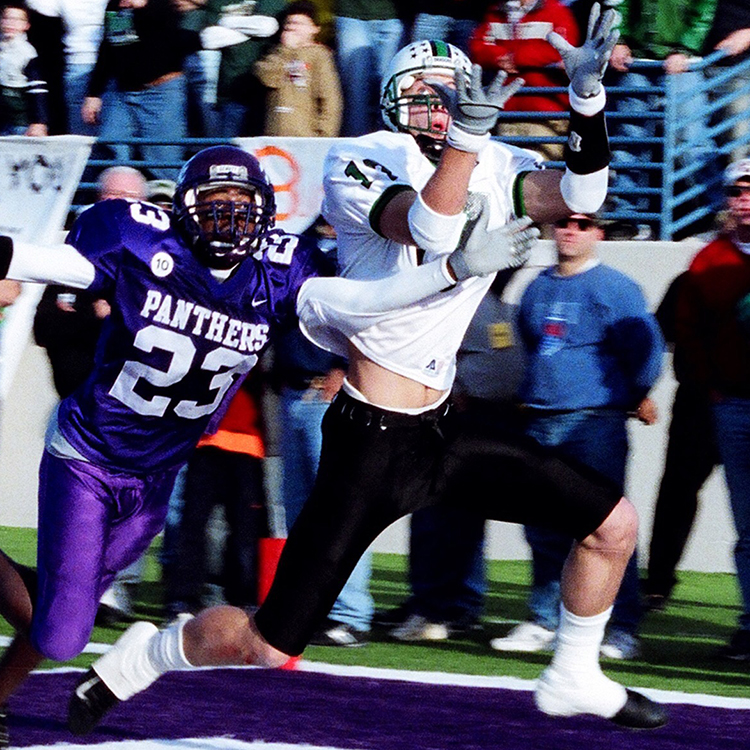 Scott Chandler won a state championship on the Dragon’s first 5A state football championship team in 2002. He was a two sport athlete lettering in both Football where he was a three year starter at wide receiver and Basketball where he helped the Dragons reach the playoffs. He then went on to star at the University of Iowa and reach the NFL where he played for the Buffalo Bills, Dallas Cowboys and New England Patriots.