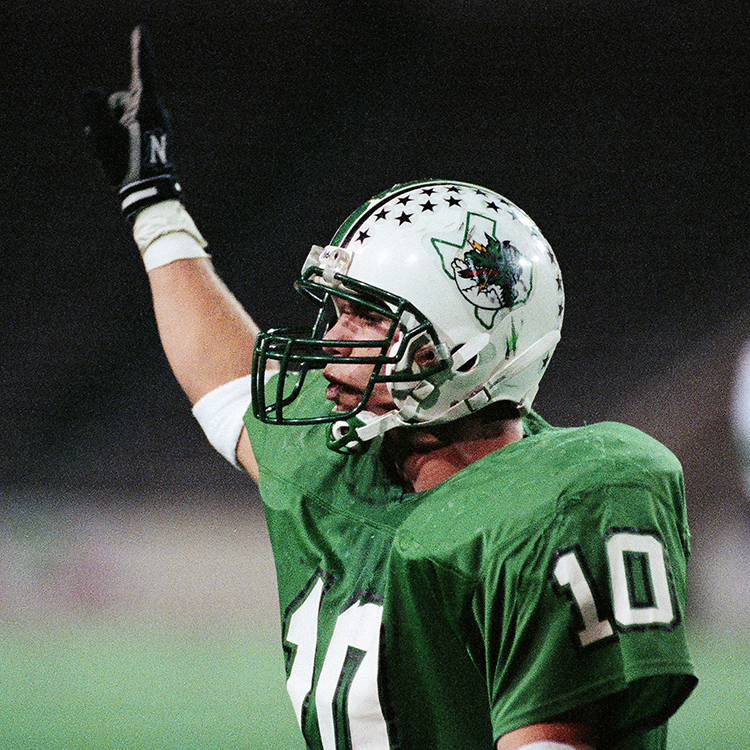 Regarded as one of the school’s all-time greatest athletes, Johnson was a four-sport letterman (football, basketball, baseball, track) and star during Carroll’s reign in the Class 3A days. Johnson finished his high school career with three state championship rings (two in football, one in basketball). He was a first-team all-state running back and defensive back on the 1992 and 1993 undefeated state championship teams.