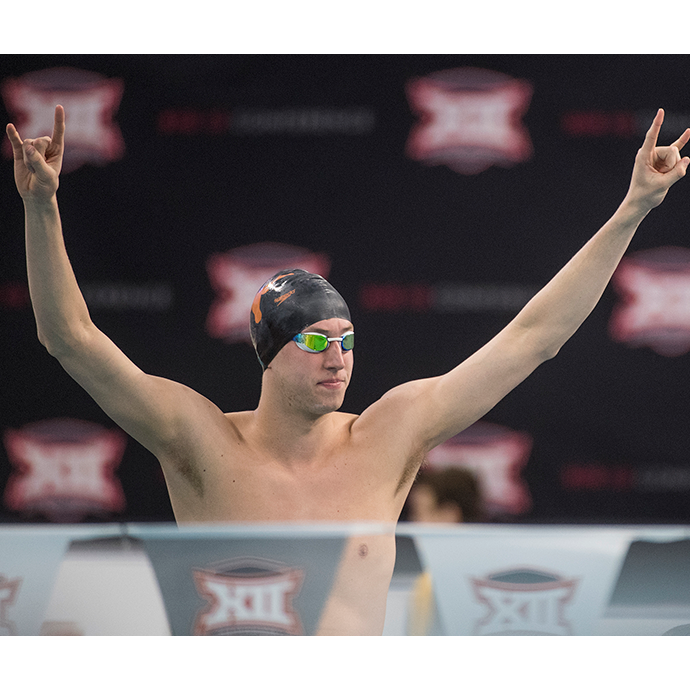 A 2014 graduate, Jonathan excelled as a talented and highly recruited swimmer who led the Carroll Dragons to four State Championships in a row. His award tenure began as a freshman and would span all four years at Carroll, as a four year All-American and 4 time individual state champion. Jonathan’s swimming eventually took him to the University of Texas at Austin as a versatile freshman. While at UT his accolades included four time NCAA Division 1 All American, Team Captain his senior year, National Champion in the 800 meter freestyle Relay, and a valued point scorer, contributing to 4 Team National Championships.