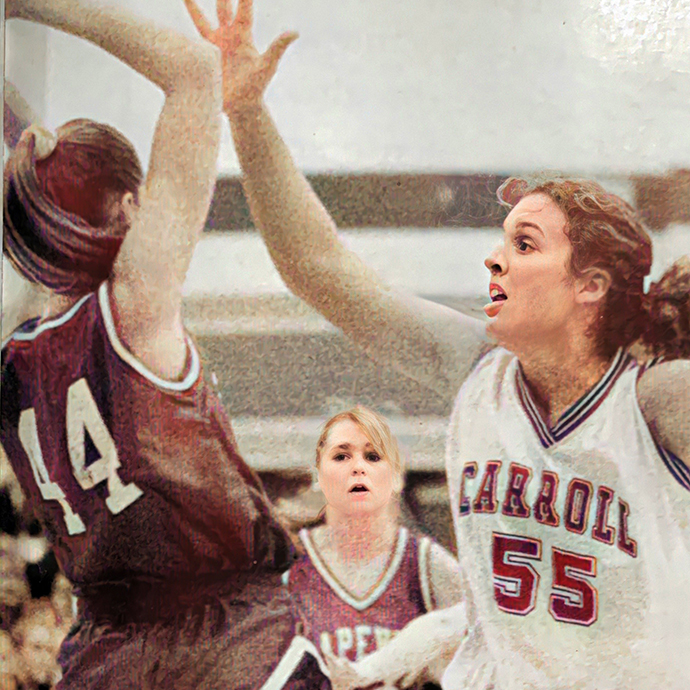 A 1997 graduate, Karen Clayton Young was an integral member of the Lady Dragon Basketball Team. During her tenure as a Lady Dragon, Karen was a three year starter and excelled as a highly respected team leader, exemplifying integrity on and off the basketball court.  Karen received numerous accolades and awards as a Lady Dragon including District MVP, All-Area, All-State and All-American honors. Karen was the recipient of the Carroll C Award and is the career leader in rebounds for the Lady Dragons. She also led the Lady Dragons to three consecutive playoff appearances.  Karen, was chosen to play for the Texas High School Girls Coaches Association North All-Star team.

Her athletic ability and honors earned her a Division 1 scholarship to Texas Christian University. While playing for TCU, she continued to excel in their women’s basketball program, leading the TCU horned frogs to their first NCAA tournament appearance in school history.