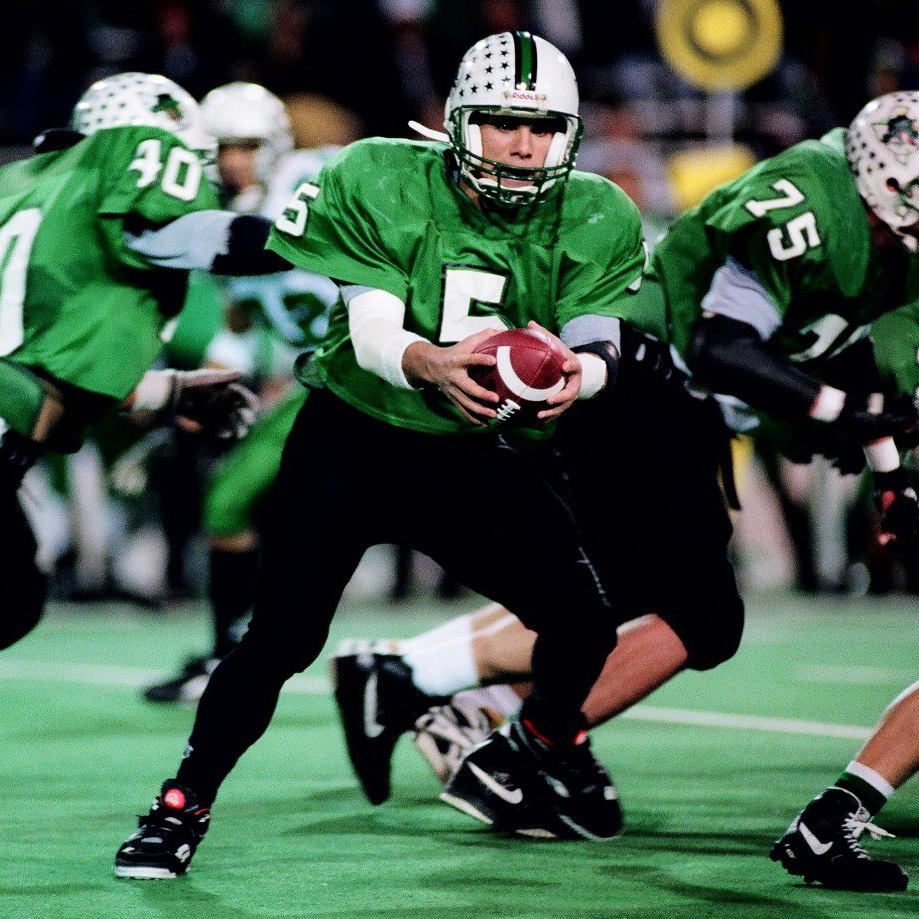 Known for his golden leg, former all-state Dragon kicker Kris Brown was also a standout quarterback and helped lead the Dragons to the 1993 3A title and 16-0 record as a junior. Brown was also an outstanding catcher and guard on the Dragon boys’ basketball team. Brown, who also starred at Nebraska, recently retired after a 12-year career in the NFL playing for the Pittsburgh Steelers and Houston Texans.