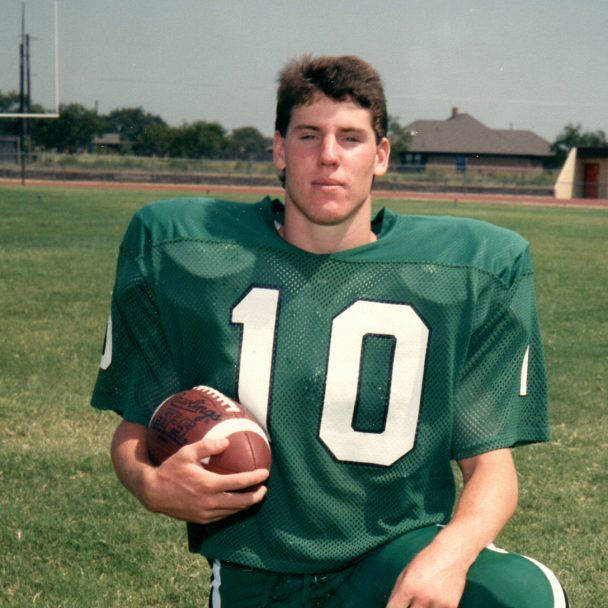 Uldrich has a special place in Dragon football history. He was the starting quarterback of Carroll’s first football state championship in 1988. That season Uldrich led the Dragons to their first 16-0 season and a Class 3A state championship with a 42-8 victory against Navasota. Uldrich was not only a standout at quarterback, but also started two years at cornerback. Leading an undefeated team led to accolades and Uldrich was selected all-state at both positions in 1988.