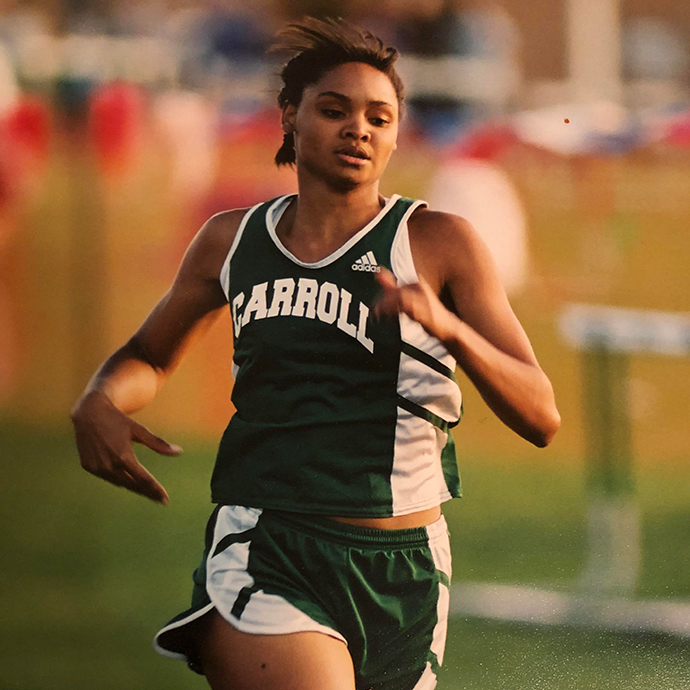 A 2003 graduate, Tashia Wooldridge was a fierce women’s track competitor at Carroll. Her winning tenure began her freshman year and continued into her senior year, lettering in all four years. From 1999-2003, she was a District Champion in the 400-meter dash, as well as qualifying for Regionals all four years in the 200 and 400-meter dash. As a freshman, she placed 4th at Regionals in the 400-meter dash.  Her perseverance and training paid off in 2001, when she would place twond in the Regional Meet, ultimately qualifying her for State.  She would finish 6th place and be known as the first individual sprinter at Carroll to ever qualify for the UIL State Track Meet. Her success would continue, as she placed 18th at the National AAU Junior Olympics in the 400-meter dash and earned 4th in the Region 5A meet in the 400 and 200 meter dash.

Upon graduating, Tashia attended Abilene Christian University on a full track scholarship. In 2007, she graduated with a BA in Business Management.  During her time at Abilene Christian, she placed 6th in the Lonestar Conference Championship as a freshman, and as a Junior helped the 4×400 relay team qualify for the NCAA Division two outdoor championship where the team finished 9thin the finals.