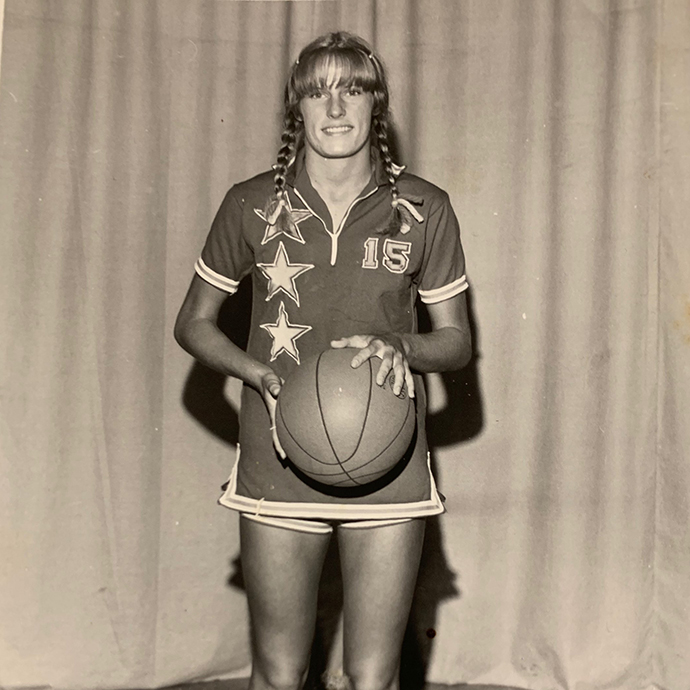 Tina grew up in Coppell, Texas, then moved to Southlake where she attended Carroll High School from 1969 to 1973. To this date, Tina Mitchell Jones is known as one of the best dual sport athletes to have ever played at Carroll.  She served as a four year member of the Girls Basketball Team as well as being a versatile track star. As an All-District basketball performer her junior and senior years, Tina played on the first ever Girls Basketball State Tournament Team in 1972.  She also qualified for the UIL State Track Meet all four  years, and held the school record in girl’s high jump at 5’-5” for twenty-two years.

Tina’s basketball talents as a guard allowed her to represent Carroll in the North-South All-Star game and the Texas vs. Oklahoma All-Star game. Upon graduating from high school, Tina attended Ranger Junior College from 1974-1975. During her first year, she sustained an injury which eventually ended her basketball career. At Carroll, Tina was chosen as Miss CHS, Most Athletic, Basketball Team Captain and won the Dragon Award her Senior Year.